Her Grace The Duchess of Northumberland 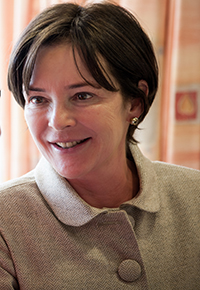 The Trust is very proud to have Her Grace The Duchess of Northumberland as its Patron. Her Grace became Patron in 1997, the year in which she opened Jane Percy House in Cramlington which was named for her. The Duchess is well known for creating a stunning garden at the family's ancestral home, Alnwick Castle. Married to Ralph, Duke of Northumberland with two sons and two daughters, Her Grace is also the first woman to be appointed by the Queen as the Lord Lieutenant of Northumberland, a ceremonial post which dates back to the reign of King Henry VIII.

Of her involvement with the Trust, The Duchess says "As Patron for over 11 years, I have watched The Disabilities Trust grow and develop in order to meet the needs of people with profound impairments and complex needs. Its mission to encourage those it supports to lead independent, fulfilling lives so that they can achieve their individual goals and aspirations is something that I fully endorse." 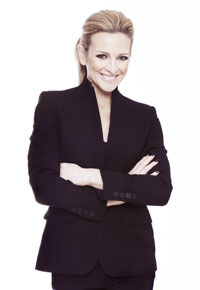 BBC sports commentator and former international gymnast, Gabby Logan became Vice Patron to The Disabilities Trust in July 2010. Gabby was a key member of the BBC’s presenting team for the London 2012 Olympics and in 2014 was one of their lead presenters at the football World Cup in Brazil and the Commonwealth Games in Glasgow. She has supported The Disabilities Trust for many years along with her mother, Christine Yorath who has previously been a long-standing member of The Board of Trustees.

Of becoming a Vice Patron, Gabby says: "I am delighted to have accepted the role of Vice Patron for a charity that is very close to my heart - The Disabilities Trust. The service they deliver across the UK is already something to be very proud of. I hope that in this new role I will be able support the Trust even more."