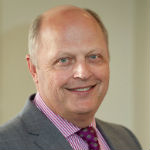 Chair of Trustees
In Steve's last position he was global head of information Security and Business Continuity for a major US Bank, a role that placed him at the forefront of maintaining compliance with complex international regulation. He brings that experience to the Trust where he is Chair of Trustees.

Steve took early retirement in 2013 but continues to maintain a keen interest in all matters financial - he is especially interested in financial performance at The Trust and investing for long-term success.

Michael is a Chartered Surveyor and Director of international property consultants Jones Lang LaSalle, specialising in urban regeneration and development in both the private and public sector. Born and educated in London with degrees from the Universities of Southampton and Newcastle. Michael has coordinated the development of several strategic retail, industrial and mixed-use developments across the country. 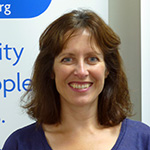 Caroline is a dentist who has worked in general practice and in district general and teaching hospitals. She undertook a Masters degree and PhD in oral cancer research and became a lecturer in oral medicine. In 2000, she trained in dental public health with the local NHS, she became a consultant in 2006 and then moved back to academia as a consultant senior lecturer at Bristol University. Caroline is a Fellow of the Royal College of Surgeons, the Faculty of Public Health and the Higher Education Academy. Caroline's working career was cut short after she suffered a haemorrhagic stroke in 2010. 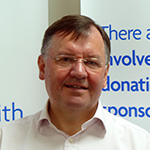 A Law Graduate, Roger also graduated from Harvard Business School's Advanced Management Programme. He worked for over 30 years in the NHS, including NHS Trust CEO in Bristol and Department of Health's Local Director, for NHS Trusts in the SW. From 1995, he was CEO, Liverpool Health Authority. Following a stroke, he retired due to ill health in 2003. Roger has since undertaken Non Executive appointments, including, Audit Commissioner, Regional Chair, Learning and Skills Council NW, Non Executive Director Investors in People. He has a particular interest in the Non Executive's role in issues of strategy, scrutiny and transformation, together with expertise in the area of risk and assurance

Currently, Vice Chair CLS Group a substantial care provider based in Cheshire. He is also active in The Reserve Forces Association, Chairing its Finance Board in the NW and serving on the national Audit Committee. Roger served for c.40 years in the Territorial Army, retiring in 2010 as a Lieutenant Colonel in the Corps of Royal Engineers. 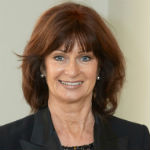 Self-employed –Christine Yorath Design Ltd– Christine is a property developer and interior designer. Christine's experience as a developer gives her an insight into many of the developments the Trust undertakes. She also owned 'Flats in Leeds' – a property management company. Through these two companies Christine is happy to introduce the Trust to her many professional contacts in the Yorkshire region. Having gained a useful knowledge of marketing techniques through her businesses she offers help to the Trust in this area, as well as in media and communication.

Her long service to the Trust (1992 – opening of Daniel Yorath House and a Trustee from 1993) has given Christine an in-depth understanding of the organisation and has allowed her to watch the Trust grow.

Read Christine's reflections on 25 years with The Disabilities Trust.

Chris is London Managing Partner at Kreab Worldwide, a global communications consultancy. He has participated on three management boards across the NGO, public and commercial sectors, and currently advises clients, including governments, corporates, and high net worth individuals on reputation management, crisis communications, broader restructuring and corporate communications. He is Chairman of the AdHoc Council, founded in 1975 to promote high level dialogue between business and policy makers across Europe and the EU institutions.

Chris’s previous roles have included Head of European Corporate Affairs at BT, Director of Communications at Sellafield Ltd, Europe's largest nuclear site, and at A4e Ltd, now PeoplePlus. He was Director for Europe at the Salzburg Global Seminar and worked at The Law Society, Help the Aged and for a member of Parliament earlier in his career. Chris’s diverse experience includes working as a journalist in the UK and Latin America, writing for the FT and The Economist, and broadcasting for the BBC World Service. 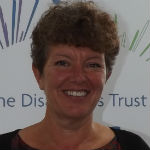 Sara has had a long career dedicating herself to people who need social care. Starting as a volunteer supporting people with learning disabilities, she has worked as a service provider and as a commissioner for people of all ages with health and social care needs. Sara has a degree in Psychology and is a qualified Social Worker with an MBA who is passionate about delivering outstanding care that meets customer expectations.

After 20 years of working for Oxfordshire County Council, in May 2014, Sara started working as Strategy Director for the Orders of St John Care Trust (OSJCT), who provide care homes and extra care housing for older people. In that role, she had responsibility for the Care Home Development Programme (capital projects), Business Development, Marketing and Quality Auditing, as well as leading on relationships with local authorities. In January 2019 Sara was appointed Chief Executive of the Fremantle Trust, a registered charity and not for profit organisation providing care and support services for older people and adults with a learning disability. Sara is active on social media and tweets as saralivadeas. 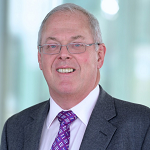 Richard is a chartered accountant and has been a partner at Ernst & Young for over 30 years working with a range of clients from privately owned to UK FTSE companies. He has experience of working with Boards and management across a number of sectors. He is also a trustee of The Challenge, a social inclusiveness charity and was previously a trustee of Victim Support, the largest provider of services to victim of crime in England & Wales. 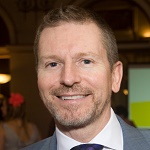 Stephen’s career began in local government, in three inner-London social services departments, managing a range of direct care services. He then moved to the NHS, working as a health care commissioner (HIV, Substance Misuse, Health Promotion, and Primary Care) in north central London. He worked at the Department of Health for about 15 years in a range of roles: private secretary to the Secretary of State for Health; Head of the National Cancer Programme; outsourcing NHS Logistics; and Chief of Staff for Sir David Nicholson, former NHS Chief Executive. Following a two-year secondment to NHS Sutton and Merton, as Programme Director for a £280m whole health economy reconfiguration programme, he led the production of the 2011 cross-Government Mental Health Strategy, ‘No Health without Mental Health’.

Stephen currently works for the Greater London Authority’s health team in March 2018 on secondment from NHS England where he heads up health and care policy and partnership working, supporting the Mayor of London’s role in championing and challenging the NHS to deliver safe and consistent services to Londoners. Stephen had previously worked at NHS England (London Region) leading the specialised services transformation programme, and retains a part-time role there. Stephen has a first degree from Oxford University and an MBA from Imperial College London. 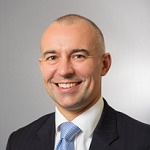 Matt James is the Chief Executive of The Private Healthcare Information Network (PHIN), an independent, government-mandated source of information about private healthcare, working to empower patients to make better-informed choices of care provider. Matt established PHIN in 2012, and has played a leading role in the sector for more than 12 years, especially in forging closer relationships between private and public healthcare.

Prior to PHIN, Matt was Chief Executive of the Private Hospitals Alliance, and has previously held executive strategy and commercial roles with Care UK and Nuffield Health, two of the UK’s leading providers. Matt has served as Vice-Chair of the NHS Partners Network, the representative organisation for independent providers of NHS services. Before entering healthcare, Matt was a management consultant with AT Kearney, where he developed expertise in data analytics and change management.