About the brain and brain injury

The brain is involved in just about everything we do, so injury to the brain either through trauma or illness can have a very wide range of effects. These vary from person to person, depending on the exact nature and severity of the injury.

The human brain is the most complex known structure in the universe. This single organ acts as the hub of our central nervous system and a control centre for all our bodily functions. The illustration on the right shows inner and outer views of the left half of the brain. The brain contains as many as a 100 billion nerve cells. Many of the brain's nerve fibres are wrapped in a fatty insulating sheath called myelin. The brain is held together by many layers of membrane and is protected by the skull, or cranium - a hard bone shell. Blood vessels sit between the layers of membrane and supply blood to and from the brain.

Each of the 100 billion nerve cells or neurons are connected to around 10,000 other supporting cells, making around 1,000 trillion connections in total. This complex network of neurons transmits information through electrochemical signals and electrical impulses travel quickly around the brain and on to the body through the nervous system.

What is acquired brain injury (ABI)?

Brain injury is acquired either by sustaining a blow to the head or by having an illness that causes brain injury.

It can also happen through road traffic accidents, assaults or falls (often called traumatic brain injuries or TBI), or by having an illness such as encephalitis, brain haemorrhages / strokes (also called cerebrovascular accidents or CVA) or a brain tumour.

There are some differences in terms of likely risk depending on a person's age and how they receive the injury.

For example, traumatic brain injuries tend to occur more in the very young, the very old and young men aged 16 - 30.

Strokes tend to occur more in older adults. However, a brain injury can happen to any of us at any time.

How does brain injury affect people?

During this phase the person can often appear confused and may say strange things.For example, sometimes people will think they are 10, 20 or more years younger than they really are. This period of unconsciousness allows natural healing processes to occur. However, as the person emerges from unconsciousness, gentle stimulation and exposure to familiar voices is important.

It can be very upsetting for the person who is feeling confused, not knowing where they are and not fully understanding what has happened. This means families can play an important role in reassuring the person and providing gentle stimulation. However, the person with a brain injury is likely to easily become tired at this stage and too much stimulation can be disheartening, as can attempting tasks which they fail. The person may react to this by being irritable.

Different areas of the brain

There are three main parts of the brain:

The cerebrum is the biggest part of the brain and is shaped like a large walnut. It is divided into two halves, known as the left and right cerebral hemispheres. Each hemisphere can be divided into four lobes:

This is a curved lump of tissue at the back of the brain that, amongst other functions, coordinates balance, limb movements and fine motor coordination.

This lower part of the brain (which connects it to the spinal cord) contains the nerve fibres that carry messages to and from the rest of the body via the nervous system.

The cerebellum also controls all functions the body needs to stay alive, such as breathing, heartbeat, blood pressure, digestion and urination, as well as sleep patterns.

This very small area of the brain, located in the centre of the brain, acts as the brain's inner thermostat controlling body temperature as well as appetite, sexual arousal and emotions. It sends chemical signals in the form of hormones to the pituitary gland which sends signals on to different parts of the body.

This comprises several parts, including the hippocampus, and is responsible for the control of emotional behaviour and for storing long-term memories

Concussion is often difficult to diagnose and is not always immediately obvious. The Brain Injury Rehabilitation Trust (BIRT) wants to ensure a better prognosis for people such as rugby and football players who sustain these injuries, and to highlight the role that friends and family can play in identifying concussion symptoms. With this in mind the Trust has offered its neurobehavioural expertise to both the Rugby Football Union and the Football Association. Find out more about concussion here, including:

The BIRT Guide to Living

The BIRT Guide to Living - for adults with a brain injury is a comprehensive and easy to use publication for people with brain injury, their families, carers and professionals working with them. Claim your free copy now by visiting one of our BIRT services across the UK, attending one of our seminars or conferences, or send us an SAE to receive your copy by post.

You can send an A4 padded self-addressed envelope with postage to the value of £2.50 to:

You can also learn how to Show Your Brain Some Love with our six top tips to help keep your brain healthy. 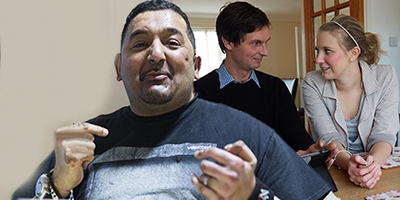 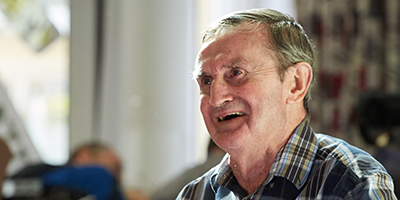 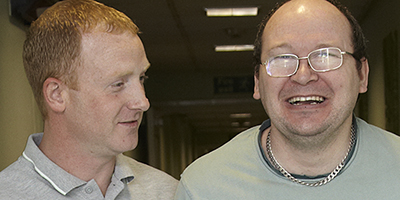