The Brain Injury Rehabilitation Trust (BIRT) has been approached by Hollyoaks to advise on its current brain injury storyline, as they hope to offer a realistic portrayal of a condition that is often misrepresented and misunderstood.

We have acted as a consultant to screenwriters from Channel 4’s popular soap, providing information on rehabilitation and recovery from brain injury. Dr Ivan Pitman, Clinical Lead and Consultant Clinical Neuropsychologist at BIRT, advised on the story which follows the character Tegan Lomax, played by Jessica Ellis, as she shows signs of brain injury after coming out of an induced coma. He offered guidance on the character herself, as well as the effects on the friends and family of someone with a brain injury. This is the second time that Hollyoaks has approached the charity regarding a storyline, and Dr Pitman has advised on both occasions. Additionally, he was also a key contributor to BBC Two’s Louis Theroux documentary A Different Brain in 2016, which featured staff and service users at Redford Court, our BIRT centre in Liverpool, and it offered viewers an insight into brain injury and the rehabilitation journey, showing how people and their families come to terms with this life-changing condition.

Dr Pitman shares that friends and family of people who have a brain injury should initially expect to be overwhelmed, but familiarising themselves with the medical equipment and processes needed can be reassuring. Individuals can play a part in the rehabilitation of their loved one and they should not perceive themselves as passive observers to an unresponsive patient. 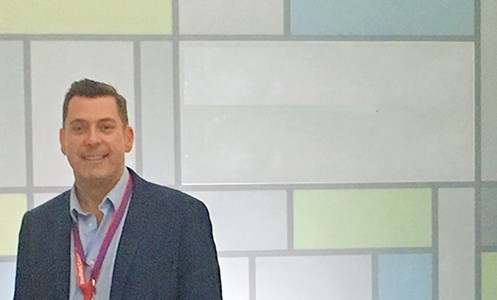 He said "The families and friends of people who have experienced a brain injury like Tegan’s will be familiar with what she is going through. They may know that overcoming the shock, and recognising that there are things you can do to help, can provide a focus and purpose.”

Brain injury is often referred to as a 'hidden disability’ because although those affected sometimes show few physical signs of change, they can face enormous cognitive, behavioural and personality challenges. Rehabilitation helps them to reconstruct who they are - from relearning the basics of walking, talking and eating, to adapting to and finding new ways to deal with changes in memory, judgement and behaviour.