At the age of 12, Michael suffered a severe traumatic brain injury when he was hit by a car whilst cycling. He was also left with a severe physical disability, as well as developing secondary complications whilst in hospital, compounding his injuries.

Following his accident, Michael received rehabilitation and care at several different placements, but his impulsivity and challenging behaviour prevented any practical recovery. Now aged 22, Michael was transferred to 1101 Bristol Road in May 2011, as the environment was felt suitable to his continuing needs. In the seven months Michael has been with us he has made significant progress, both in terms of his challenging behaviours and engaging with his rehabilitation programme.

Michael is now able to maintain a greater degree of control over his impulsivity and aggression, and has shown a dramatic reduction in destructive behaviours. Where just eight months ago he was on an incontinence programme, he is now fully continent throughout the day, and has also begun to practise walking to gain greater independence.

Michael is now choosing to cook a healthy meal twice a week from scratch, with little assistance from staff - an improvement from regularly refusing to shop, and limiting himself to pizza and burgers. Whereas his original goal was to live at home with his Mother, where he would not need independent living skills, Michael now wishes to live independently with care, and is focussed on achieving this ultimate goal through small steps. 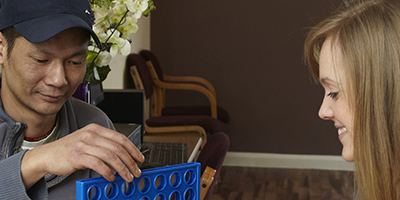