One very moving story about the effects of brain injury was shown in Louis Theroux's documentary 'A Different Brain' and centred around Amanda and her family in Cornwall.

Amanda was admitted to our Brain Injury Rehabilitation Trust (BIRT) centre, The Woodmill in Cullompton, Devon, in 2014. She sustained a severe brain injury after falling from a galloping horse earlier that year and landing on her head. She was placed in an induced coma in an intensive care unit in hospital and needed surgical removal of part of the bone from her skull that was exposed to her brain. She was in a coma for around three weeks.

Amanda was discharged home from the hospital, but had not received the full level of support required to maintain success, build relationships or manage risks in her home. The situation at home became increasingly difficult and it was clear that Amanda was unable to engage in family life. She often became short-tempered and intolerant of her husband and children, with apparent loss of emotional connection and empathy. Her mood was also cause for concern and she started drinking and smoking much more than she had ever done so before.

During this time Amanda also developed some concerning neurological signs, for example blurred vision, headaches and swelling of her head. She was re-admitted to hospital with worsening double vision and headaches.

She had also fallen at home on at least two occasions. Amanda then had further surgery. Subsequently there had been some excess fluid build-up and swelling in her brain. She was then assessed for suitability for further brain injury rehabilitation at BIRT's centre The Woodmill and was soon admitted to the service.

Amanda's abilities have improved, but there is still a long path ahead for Amanda and her family. Her husband, Rob, has dealt amazingly well with the challenges that have been involved, as well as raising two young children mainly on his own. In the documentary Amanda spoke about herself and Rob.

After much intensive brain injury rehabilitation including occupational therapy, speech and language therapy and a full clinical support package at The Woodmill and resulting improvements, Amanda was able to move back home with her husband and children in March 2016. The BBC programme 'A Different Brain' shows the process of Amanda moving back home and how this has brought about changes to family life with adaptations needing to be made by all the family and the journey that Rob has been through with supporting and caring for her. 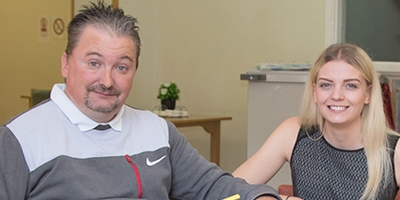 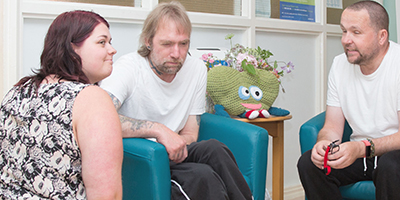 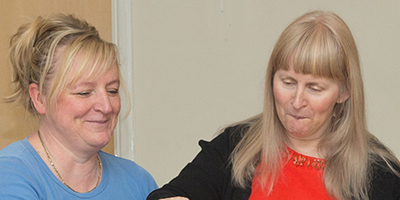 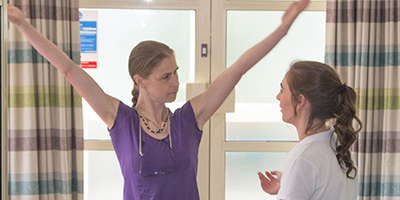