Matthew was admitted to Tŷ Aberdafen in April 2014. He had sustained a brain injury in 2010 in a motorbike accident. In addition to his brain injury Matthew had multiple physical injuries and weakness and spasms in his limbs. Matthew was asphasic (meaning he had problems with using language correctly) and was unable to swallow food or drink. He also demonstrated cognitive impairments and behavioural issues.

Matthew was the second person to move in to Tŷ Aberdafen, coming from an environment where he had little rehabilitation. The team at Tŷ Aberdafen designed a multi-disciplined rehabilitation programme to address these issues. The programme included neurobehavioural therapy, speech and language therapy and physiotherapy.

As Matthew has no verbal communication he has regular physiotherapy, occupational therapy and speech and language therapy. The focus is on encouraging Matthew to participate in activities through empowering him and giving him more choices of meaningful activities to engage in.

Through the work of the speech and language therapists he can now eat and drink orally. Matthew is a young man of 30 and likes to look good. Being able to eat normally has been a big step forward for him.

As Matthew is unable to talk, Tŷ Aberdafen therapists have tried different communication aids with him. The latest one has specialised software to translate phonetic words into spoken words and phrases and Matthew can use it with ease. It has learnt to say “choca mocha” - Matthew’s favourite drink!

A key difference that Tŷ Aberdafen has made in Matthew’s life is helping him access benefits so he can now support his sons and feel he is a father to his children. Whilst he is physically challenged he is still able to influence their lives.

As routine tasks are now less of a challenge Matthew can concentrate on working towards more meaningful events in his life. Matthew loves live music and at the end of May, the major music festival, Radio 1’s Big Weekend, came to Swansea. This meant that Matthew had the opportunity to go along and see some of his favourite artists play live!

Matthew saw Liam Payne, Jess Glynne and George Ezra on an action-packed weekend full of great music. Matthew said he really enjoyed himself and was “gutted” when they had to leave as he wanted to stay all night! Out of all the acts he saw he liked George Ezra the most. Matthew loved all of it but just missed out on Ed Sheeran as he had just finished as Matthew arrived.

Matthew said he has been to many gigs and music events before his injury some in Singleton Park where the Radio 1 Big Weekend was held. Matthew met up with his sister and some friends and he liked seeing some friendly faces. Matthew’s goals are to maintain contact with his two sons and increase his physical activity. 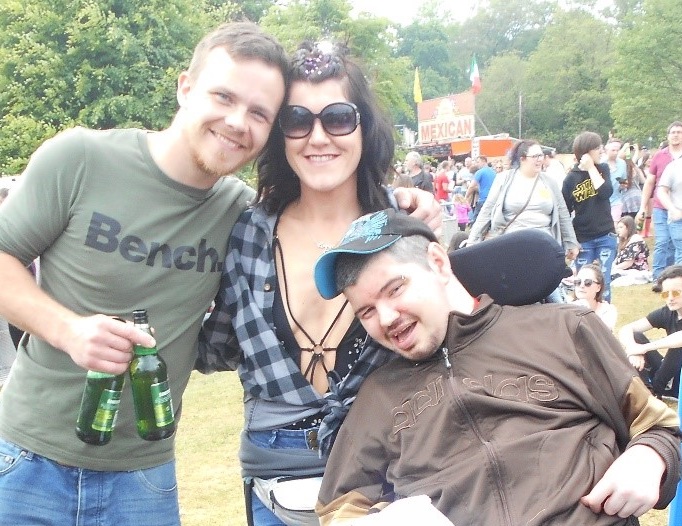 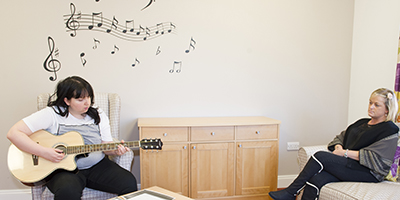