Every Tuesday, the residents at Osman House, our specialist care, support and continuing rehabilitation service for people with brain injury and complex needs in Leeds, are given the opportunity to access music therapy with Nordoff Robbins music therapist, Lucy Chesters.

There is a variety of one-to-one sessions, pairs or small groups, as well as a large open group which is a weekly session that invites all the people we support and staff together for group music-making.

One-to-one sessions recognise the importance of keeping individuals motivated and engaged through music, supporting cognitive and physical rehabilitation, whilst providing the space and opportunity for communication and expression. Group sessions positively facilitate social interactions between individuals who often spend little time together in the unit and encourage collective moments of creativity. In a typical music therapy session, you can expect to see people singing, dancing and playing instruments, often using songs that are well known as well as moments of spontaneous improvisation. 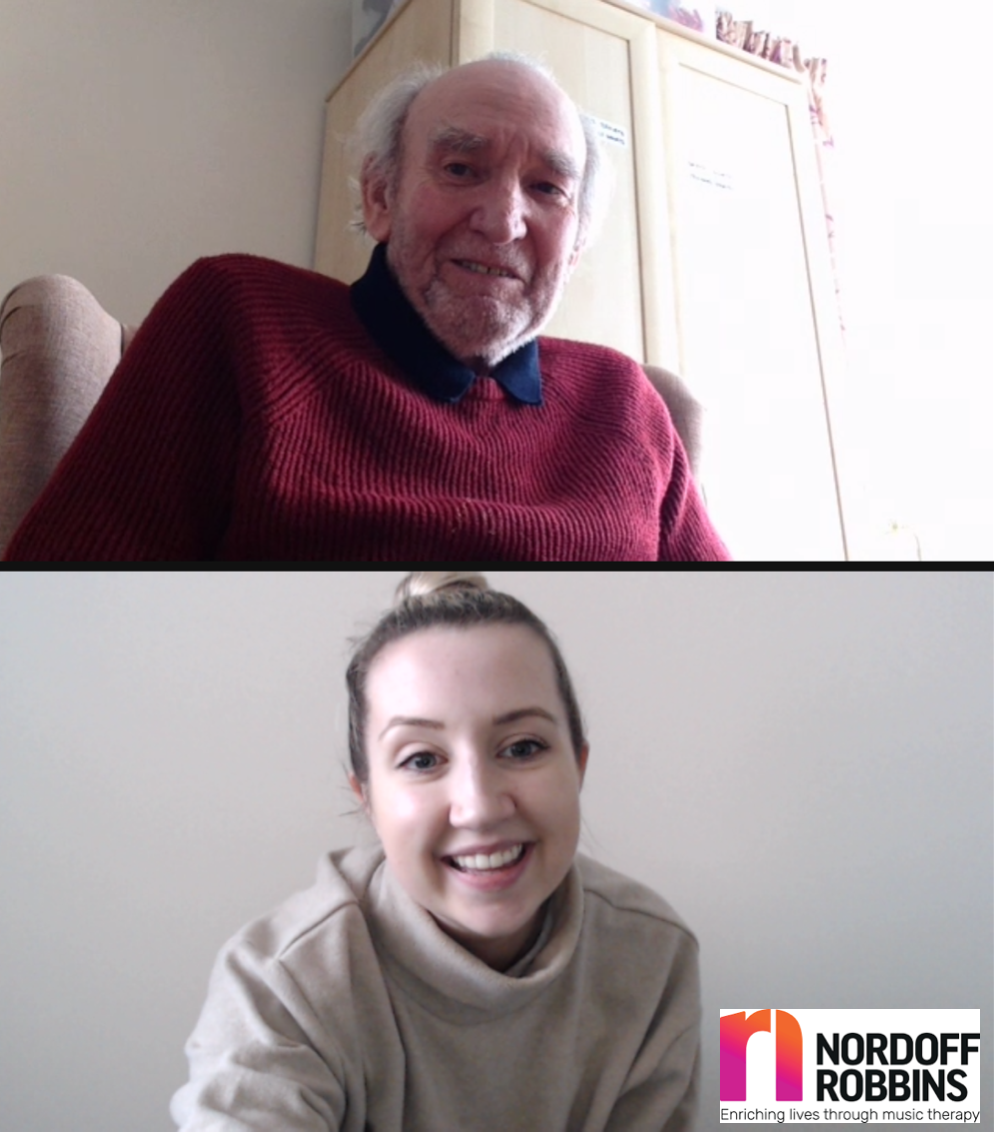 “Over the past year, 79-year-old Tony experienced a reduction in the activities he had previously enjoyed attending in the community and started to get involved with music therapy. His interest grew each week, from visiting the therapy room to look at the instruments, sharing his own music on his iPad, personally bringing in other residents in to visit music therapy as well as enjoying sitting and listening to others making music in their sessions. Gradually his active participation in music increased and he now joins in music making, accepting invitations to sing, whistle, vocalise and play.

As a result of his brain injury, Tony has aphasia and therefore relies on limited use of language, gestures and facial expressions to communicate with others, but in music, these barriers are removed. Tony has found an outlet for expression, which doesn’t rely on language and focuses on what he is still able to do. This has been significant in his individual work but was extended when Tony chose to take part in the regular open group. He slowly gained confidence in joining group music making, responding to call and response, accepting the invitation to play instruments and now even facilitates the session by offering instruments to others and directing when to play. His engagement in shared music making has provided the opportunity to build relationships and increased social interaction with others. The staff always enjoy seeing Tony happy, laughing and socialising in sessions.

Throughout the last year, 73-year-old Bernard often found himself spending a lot of time in his room shielding. Bernard always enjoys coming to music therapy sessions, providing him with meaningful activity, where he is able to share his inner musicality and his love of music is celebrated. During times when in-person working was not possible, online sessions have allowed music therapy to continue to reach him safely and reconnect with him during this isolating time, bringing much needed stimulus, comfort, and joy.

Bernard uses his voice expressively and in music therapy he enjoys singing the classics from Frank Sinatra, Doris Day to The Beatles, Tom Jones, Elton John, the list goes on. You can often witness the comforting effect of music in Bernard’s response as he sits singing, with his eyes closed feeling every lyric and following the musical phrasing in his movement. During these moments, it is the presence of music itself that helps Bernard connect with the world around him, and the distance created in the online format is forgotten”.

Music therapy continues to be a valuable addition to the rehabilitation offered at Osman House. 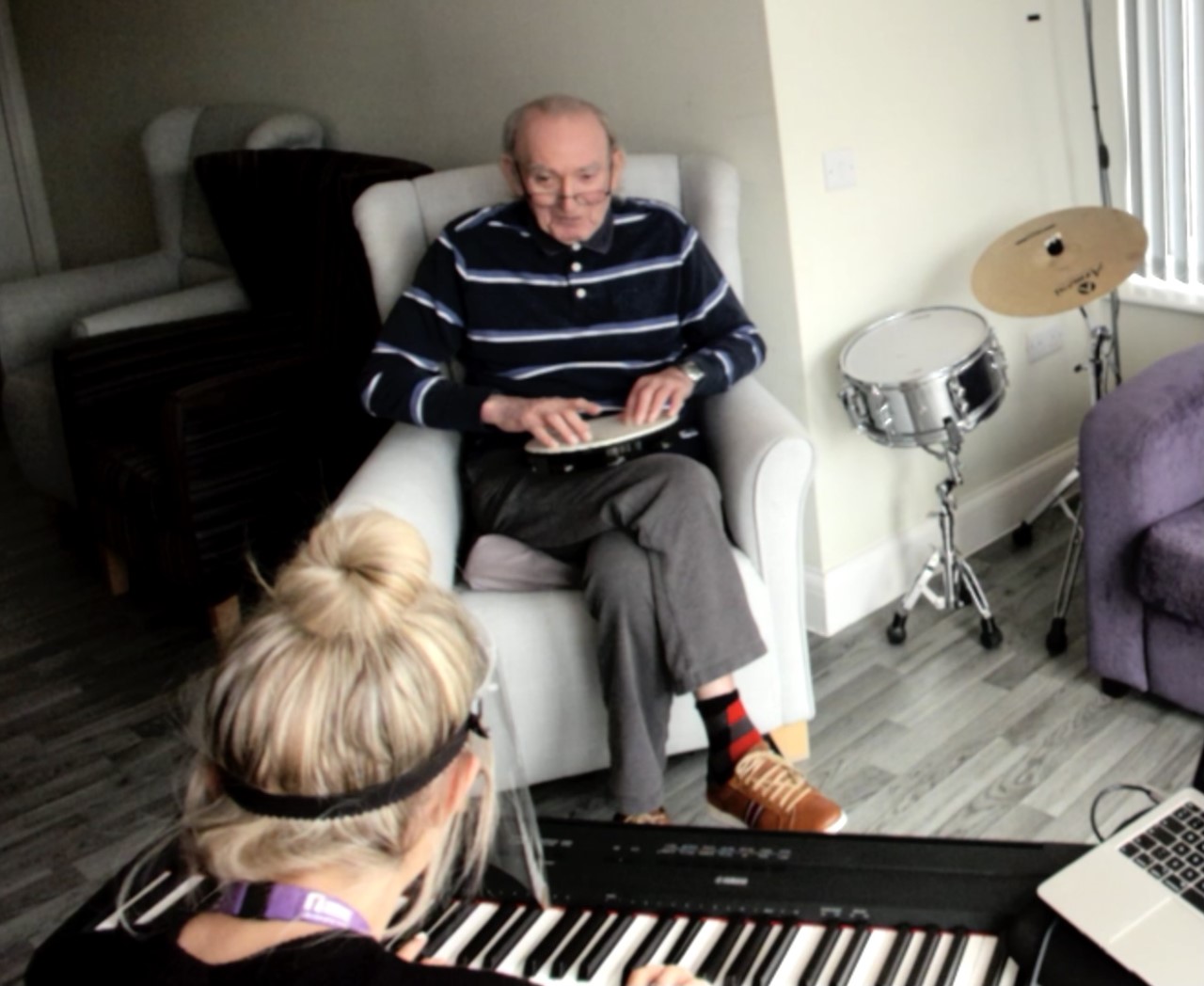