Welcome to the first ConnectAbility Hub, which was launched on the 4th October at Shinewater Court, Eastbourne. The aim of the Hub is to give disabled people in the local community, as well as those that we support, access to the latest in assistive communications technology, at no cost. There will also be advice and support for what might help people in their daily lives.

The opening ceremony was conducted by The Worshipful the Mayor of Eastbourne, Councillor Pat Hearn who unveiled the Hub's plaque with The Disabilities Trust CEO, Irene Sobowale. Once the ceremony was conducted all were keen to try some of the technology available. The Mayor herself was no exception to this and she tried out the My Gaze Power, which enables users to interact with a computer using nothing but their eyes. She enjoyed using it and said: "This can completely change somebody’s life where they've not been able to communicate and find out things. [The Hub] should be all available all over the place."

The service users also thought that the technology was equally life changing. Dean, who has been a huge help in fundraising for Shinewater Court, said this about the benefits that the Hub will provide: "You just couldn't imagine how it can educate and help other people who can't communicate verbally, it will give them a voice. I love it!"

Hannah agreed: "ConnectAbility to me means using technology and making the most out of it; using it to change peoples lives. For example, I've been using Beamz software and for the first time I'm able to make and play my own music!"

Alongside the Mayor there were other dignitaries that visited the Hub at the launch. Liberal Democrat MP for Eastbourne, Stephen Lloyd came along to show his support. Stephen was full of praise for everyone involved with making the first ConnectAbility Hub a reality and said, "What was interesting today was the next level of technological improvement that can make a real difference for people with profound communications impairments. It will make a real difference for people with certain disabilities at Shinewater Court, and beyond."

Steve Howell, Vice Chair of Trustees for The Disabilities Trust, had this to say about the Hub: "I'm delighted to see technology in the way it’s being used. The really interesting thing to ask is where else would you see it if it weren't for places like this? I've been really impressed and it's been nice to see how much of a difference it's been making to the lives of our service users!"

Irene Sobowale, CEO of the Trust, agreed: "This will provide a wonderful opportunity to 'try before you buy' and see what technology is actually available. You will be able to see how the technology works and get invaluable advice on whether it is actually suitable or not."

When the ConnectAbility appeal was set up in 2014 the original plan was to create five static Hubs based in Trust services. As both time and technology has progressed we are now looking at a more mobile option which could be used, not only in the services, but could also be transportable. The Disabilities Trust Foundation, which aims to make a difference to the lives of those who are unable to access our core services, will now oversee the roll out of the rest of the ConnectAbility Hubs. 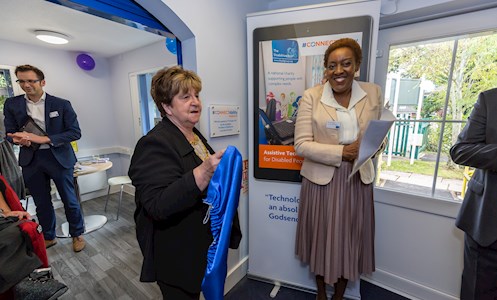 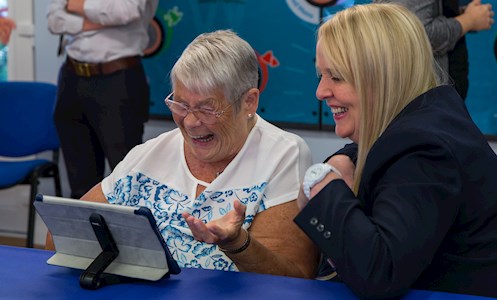 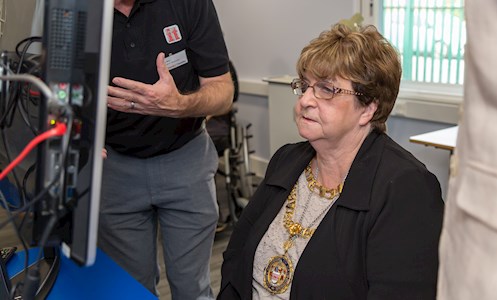 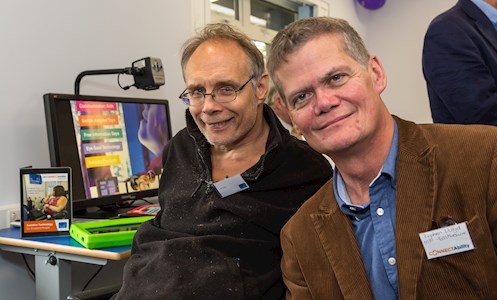 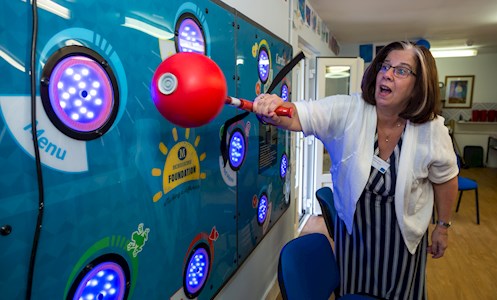 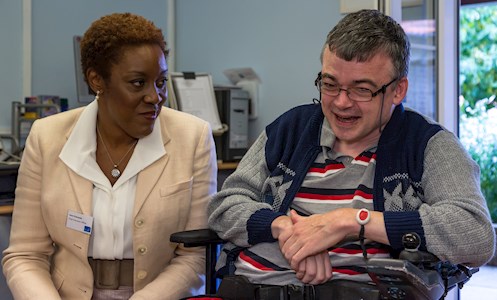 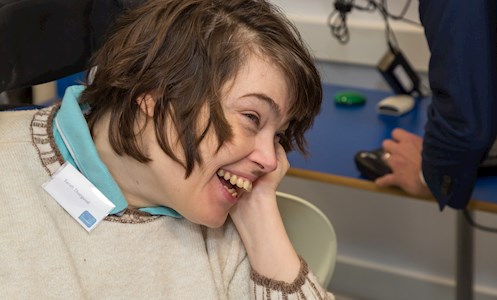 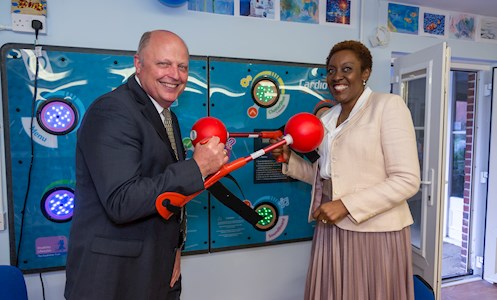 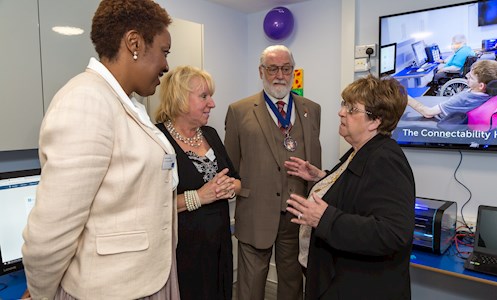 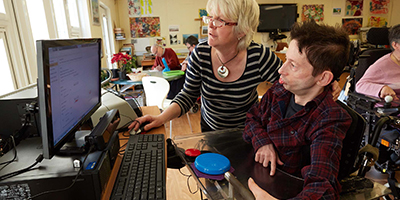