Everybody at Victoria House is delighted with their latest CQC report. Not only did they retain their ‘Good’ grade overall but the category “is the service responsive?” was deemed to be ‘Outstanding’.

The report found that staff were well trained and kind and caring. The people they support were treated with dignity and respect; encouraging them in positive risk taking so they could maintain their independence, choice and control. This was evidenced by the report quoting a member of staff saying “people are all different …. I don’t always assume that they want today is what they wanted yesterday.”

Service users praised the staff with one saying that they were looked after really well with full involvement in their reviews; deciding who to invite to participate and signing off agreements. Families were very happy too, being quoted as saying “Staff like to encourage independence. They tailor things to the needs of people.”

The ‘Outstanding’ section listed the many ways that the Victoria House team encourage those they support. Activities including attending college, bowling, going to concerts were mentioned. Also highly rated was the access to technology with staff assisting people to use voice commands on mobile phones to enhance communication. There is an eye reader which enables people to control computers using eye movement. This facilitates Skype conversations with friends and families.

Service users had been supported to volunteer for Hull, City of Culture, speak at a local school to build awareness of disability, and to attend Parliament to showcase some of their charity work.

The report mentioned the development of Victoria House’s sensory garden and grounds, which are complete, thanks to Tesco’s £12,000 award from the supermarket’s Bags of Help initiative. There is now a fully accessible greenhouse built by New Century Glasshouses of Bridlington, and flower beds have been planted and two benches, made by Men in Sheds, have been placed in the garden to increase the use of the already fabulous outdoor space, so everybody can enjoy the tranquillity that it will bring. The centre worked closely with local designer, Chris Campbell to create a beautiful water fountain feature.

Clare Smith, Service Manager, expressed her pleasure. “All the staff team do their very best to make Victoria House the wonderful place that it is – where people feel they are listened to and supported, and are able to achieve their aims and ambitions. I have said this many times before but I am really proud of Victoria House, and its team, it is a caring, special place.” 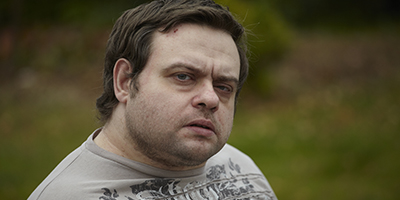