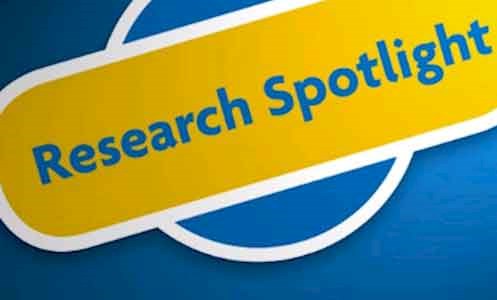 The Brain Injury Rehabilitation Trust (BIRT) is committed to seeking new and imaginative solutions to meet the needs of our service users and the wider population of people with brain injury.

Social situations can become difficult to deal with after brain injury. This may be caused by problems in reading your own or other people's emotions as well as communication difficulties, disinhibition and impulsivity. These issues often result in a response that is not considered socially appropriate (e.g. immature or inappropriate humour, difficulty in making advantageous decisions on personal matters). This area of function is typically called 'social cognition'.

These difficulties are often a key target area in rehabilitation due to the impact they have on a person's relationships and social roles. The first step towards improving social cognition is to understand the nature and degree of difficulties presented. There are not many tools available to measure this. A well-known and widely used test is the 'The Awareness of Social Inference Test' (TASIT), which is very comprehensive, but time-consuming. To address the lack of instruments available for measuring social cognition, Dr Charlotte Cattran, Dr Michael Oddy and colleagues developed the BIRT Social Cognition Questionnaire (BSCQ).

The BSCQ comprises 28 questions, and two forms, one for self-report by the person with brain injury, and one for a proxy-report by a relative, clinician or carer. Difficulty in understanding one's own difficulties is common after brain injury (lack of self-awareness) as is difficulty in understanding other people's perceptions - what is usually known as theory of mind. For these reasons, having a good understanding of how the person views their behaviour, as well as how others see it, is very important in working with those with impaired social cognition.

The tool's authors believe it will be a very useful instrument to screen for problems in social cognition after brain injury and other neurological conditions. The study reporting the development of this tool is in press in the journal Neuropsychological Rehabilitation. The two versions of the questionnaire and scoring sheet can be obtained from Dr Sara da Silva Ramos.

BIRT has put forward major project proposals and worked together with undergraduate designers from Brunel University for a number of years. The most recent outcome of this ongoing collaboration is ViVi, a wearable fatigue monitoring device which aims to objectively detect fatigue in people with acquired brain injury. The product was designed by Edward Snelgrove.

To inform the development of his design, Edward’s research led him to meet the clinical team at Kerwin Court. This helped him understand the problem and the requirements of service users and the clinicians working with them. He also conducted experiments to determine which objective method of fatigue monitoring was best for use in a device with the specified characteristics.

Brain injury can make it difficult for a person to spontaneously recognise the signs of tiredness, which often results in exhaustion. The ViVi prototype is worn over the wearer’s ears and contains an infrared sensor that records the individual’s eye blink frequency and duration. Research has shown that these are reliable indices of reduced vigilance and fatigue. The device compares the average blinks a person has when they are alert, and warns the user with light and vibration if their blinking pattern is over this threshold.

ViVi is yet to be tested in a clinical setting, but the results so far have been promising and further demonstrate the power of technology in supporting health and wellbeing. 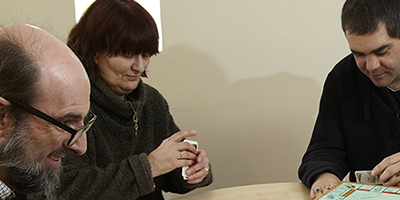 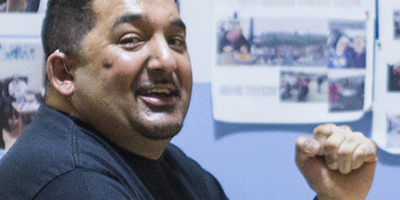 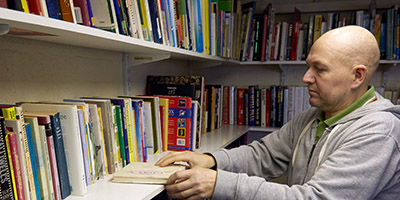