In 1972, Darren was involved in a road traffic accident at the age of 4, which left him with a traumatic brain and a left sided weakness. Darren has been supported by The Disabilities Trust for a number of years and most recently moved to our Tollemache service since 2011.

Around six months before the start of the pandemic, staff noticed Darren was becoming weaker and seemed tired, showing a weakness which affected his daily chair to chair, chair to shower and chair to car transfers. Covid restrictions and the need for social distancing also impacted on Darren’s usual daily activities of going out and about in his power chair and in his car. Before Covid-19 he had enjoyed going around local shops, shopping for cd’s and clothes. Over the last few years, Darren was also supported by staff to attend the local gym and swimming whenever possible. Although, he loved visiting the local gyms, the equipment was very limited as to what he could actually use and swimming was intermittently unavailable to the need to book a lane.

Following a GP referral and subsequent tests, Darren was referred for an updated assessment by the Occupational Therapist and the Wheelchair Centre. It transpired that Darren had become slightly anaemic and he was put on a short course of medication and was also encouraged to make changes to his diet to include healthier options. Adaptations were made to his power chair to prevent his leaning to the left and hoists were brought to assist Darren when transferring in his flat.

Tom, Darren’s Neurological Physiotherapist said: “Darren has been a pleasure to work with. He was struggling to maintain his sitting balance when unsupported and his transfers were becoming increasingly difficult due to a generalised weakness and tightening muscles, causing his knees to bend.

“After a couple of months attending the clinic, Darren is now able to maintain his sitting balance without support with a much-improved posture, while playing catching and throwing games. His core and leg strengthen has improved and he can now stand with his legs almost straight. We are beginning to explore Darren’s transfer techniques and we hope that soon he will not need his hoisting equipment to transfer at home.”

Speaking about his progress at Tollemache, Darren said: “I like working with Tom my Therapist, even though he supports Everton. Chris the boss Therapist is better looking though."

Tollemache Staff are delighted to see that Darren’s self-confidence, strength and cheekiness has returned as well as his core strength which is enabling standing to become easier.

Darren added: “I like all of the exercises planned for me. I get to stand and I feel stronger. I like having fun with Tom. Chris plays S Club 7," Reach for the stars" to motivate me.” 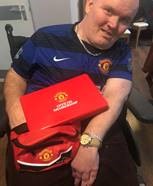 Darren Only 6 Weeks into his Rehab Physio Sessions 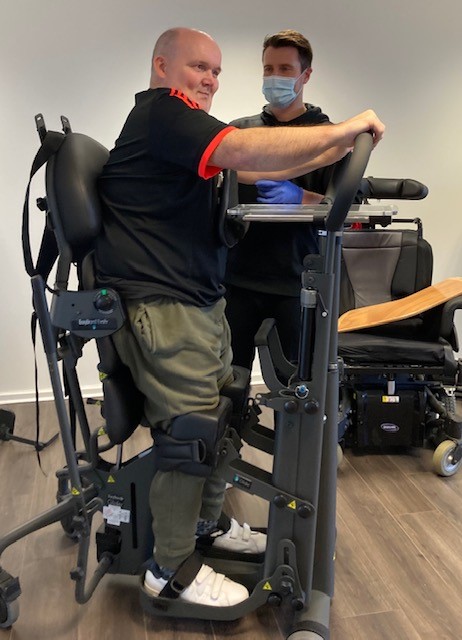 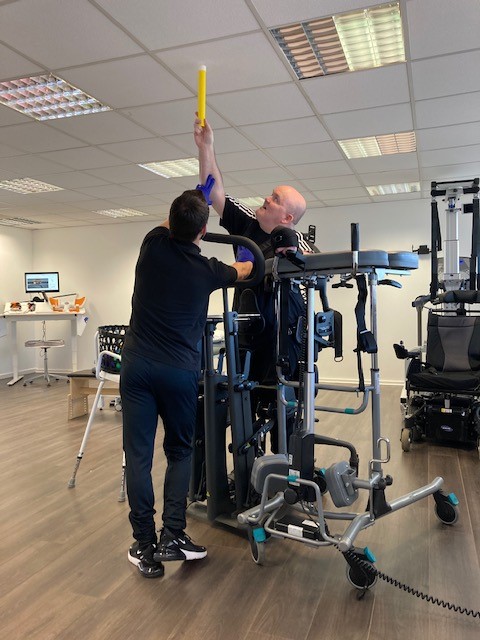