“The affection, companionship and care he has received there has been outstanding. I can understand Leigh’s wish for independence and as far as we are concerned, Jane Percy House offers him everything (and more) that he would get at home with us.”

As part of our 40th anniversary series of stories, here, Jenny, Leigh’s mother shares her thoughts on her sons journey and life at Jane Percy House.

“When our son, Leigh, returned home after attending The National Star Centre, a Special Needs College, he decided that after gaining some independence skills there, he wanted to try a form of independent living rather than living at home with us in a small village. So, our search began.

Although Leigh has developed some independence he still requires appropriate support – he is very vulnerable in that he trusts too easily (he has been taken advantage of), is not able to manage his finances properly (he has tried but poor memory led to him overdrawing his account too often, with hefty charges), is not able to self-medicate (this too he tried but he was not taking his medication regularly and sometimes pills were found on the floor), is able to do some cooking, which he loves, but after burning himself, requires supervision...the list goes on.

After investigating a few facilities, we made a poor choice the first time that resulted in Leigh not being cared for properly and him losing 22 pounds in weight dropping to just under 6 stone, which he could ill afford as he is small.

A home away from home

With the help of his then Care Manager (the best he has ever had to date) we moved him to Jane Percy House. This was in March 2003 and we have never looked back!

The affection, companionship and care he has received there has been outstanding. I can understand Leigh’s wish for independence and as far as we are concerned, Jane Percy House offers him everything (and more) that he would get at home with us.

Working together we have managed to address the issues mentioned above – overtures of friendship made by undesirable non-residents were identified and Leigh was protected, his weight is up to an acceptable level and it is regularly monitored, I am now Leigh’s Appointee and deal with his finances, medication is administered by staff and he is still cooking, but on the buddy system that Jane Percy House developed. Leigh gained the confidence to catch the bus into the town centre with the help of staff and he is able to now go out no matter the weather. We meet up there with him every week to have a coffee and a bite to eat.

There have been instances in his personal life that have led him to suffer extreme anxiety but with the support and dedication of the staff he has overcome these difficulties. On top of all his other medical problems, Leigh was diagnosed with Epilepsy many years ago. He had been suffering on and off for many years with ‘funny turns’, which were never diagnosed. To give you an idea of the insight of the staff – Leigh had been in the small kitchen having a coffee and then went to his room. 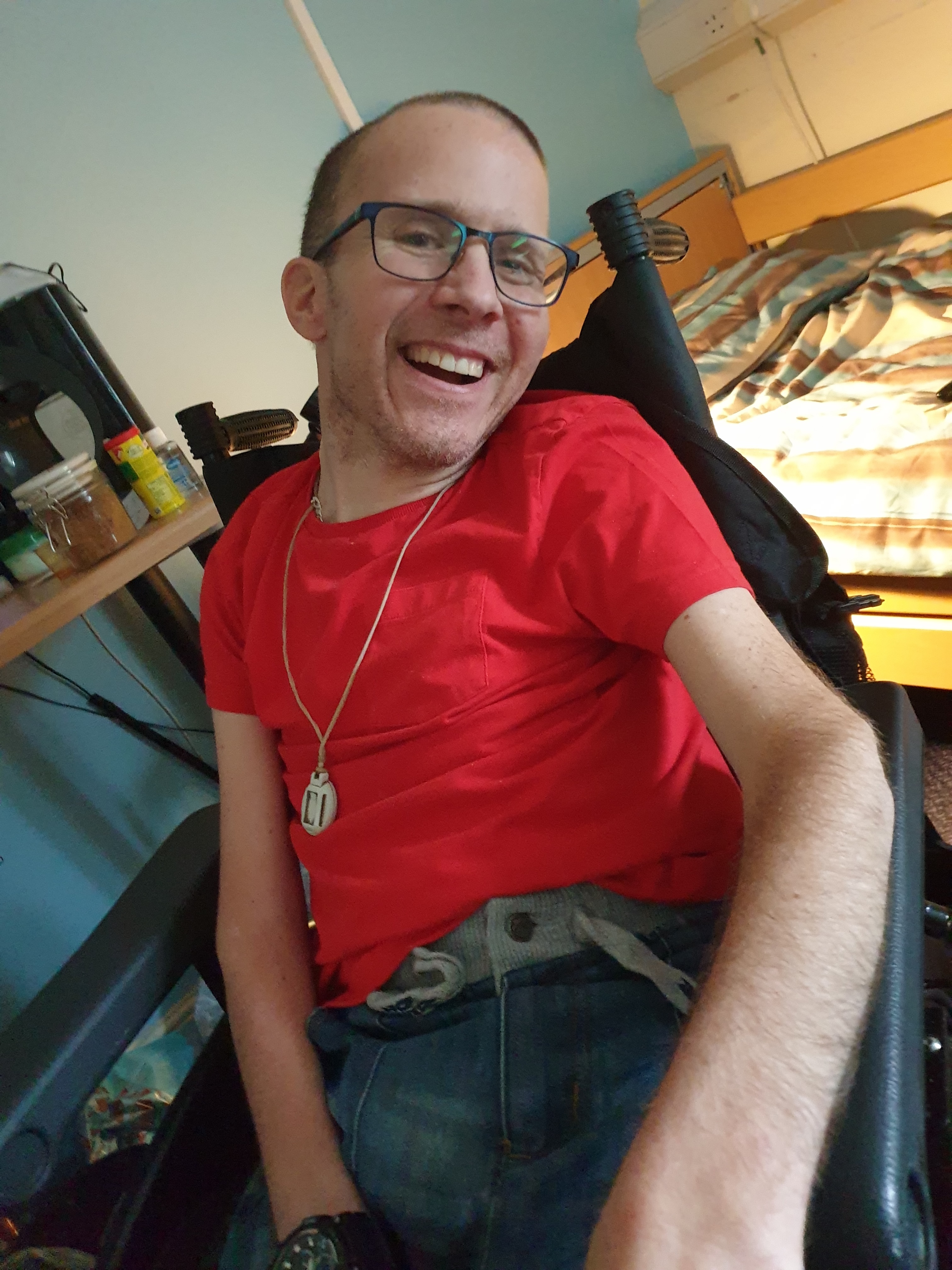 His key worker had thought to herself that Leigh was a bit ‘off’ and so followed him to his room where she witnessed him having a seizure. She immediately called for an ambulance.

Leigh often has days when his mood is particularly low – the staff immediately notice and either one of management or his key worker makes themself available to sit and chat. In recent years his physical abilities have deteriorated and although fiercely independent in his personal care, some days Leigh really struggles to shower, shave, dress, put his splints and shoes on (he is right hemiplegic spina bifida). The staff have ALWAYS picked up when Leigh is struggling, and their help is immediately offered.

A wonderful quality of life

With regards to the current Covid-19 virus, we have been highly impressed with how professionally management have responded and managed the situation. This greatly reduced our anxiety about Leigh during the period of Lockdown. We knew he was being well protected.

Leigh is completely happy, which gives us, his family, comfort. I can honestly say that Leigh would not have the wonderful quality of life without the wonderful people at Jane Percy House, all under the fantastic management of Lindsey. As soon as you walk in the door you are aware of the happy, caring, professional and supportive facility that is Jane Percy House.

In this 40th Anniversary year our thoughts are ‘may Jane Percy House and the whole of The Disabilities Trust go from strength to strength’.”

Find out more about life at Jane Percy House which provides accommodation and support for people with complex and high dependency needs, giving independence and lifestyle choices for adults with physical disabilities.