Trip to see the Gunners 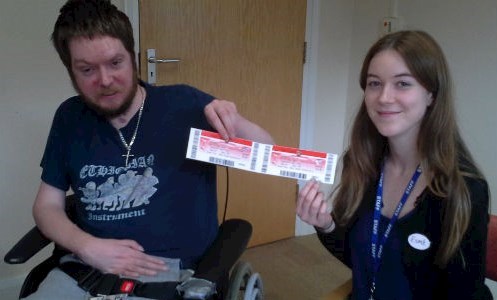 Service user Aaron, from BIRT service The Woodmill in Cullompton, Devon, has been given complimentary tickets to see Arsenal play Everton; their last game of the season.

Esme Rowlands-O’Brien, Honorary Psychology Assistant said: “Aaron, who is a big Arsenal fan, has been making fantastic improvements with his rehabilitation and recently expressed an interest in watching Arsenal play. Aaron has not seen Arsenal play a live match for many years and the staff felt this was something they would like to facilitate for him.”

Esme contacted Arsenal by email explaining a little about Aaron’s story. The following day Esme received a call from Arsenal to say that they were moved by Aaron’s story and would like to offer him two tickets to watch the match.

Aaron was presented with the tickets during The Woodmill’s monthly service user forum and was thrilled to find out about the trip. He has decided to take his father to watch the game next month, and staff from the service will be going to support this trip with his family. 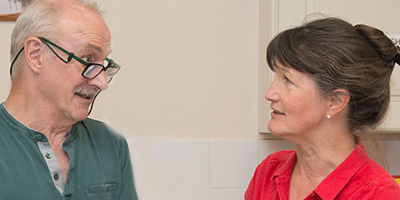