West Heath House were delighted to have a presentation delivered by Dave Watson, who competed in the Invictus Games in Toronto 2017, and won Gold in discus and Bronze in shot put. Dave is a friend of one of the staff at the service. Activities Coordinator, Louise Hynds, had this to say about Dave’s visit: “Dave gave an amazing presentation of his journey and is truly an inspirational person.

“He was in the Scots Guard Regiment and served as a guardsman for the Queen at Buckingham Palace, as well as the Queen’s residence at Balmoral. He was injured in Afghanistan in 2010 resulting in the loss of his both legs and one of his arms.”

Dave has taken part in a number of charity and sporting events, and shared many stories with the service users at West Heath House; his eighteen sky dives to date certainly shocked a few. 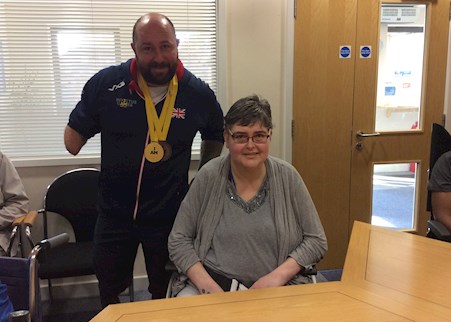 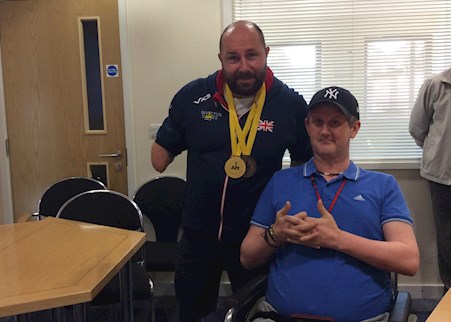 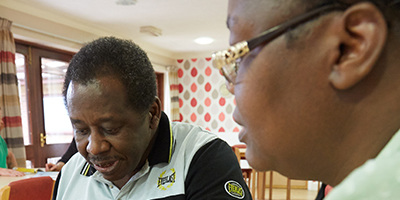