Congratulations to the many staff at York House, our brain injury rehabilitation service in York, who were nominated for the Cate Devane Award for Excellence in Care, awarded in memory of the service’s much-loved Deputy Manager, who passed away in 2016 following a year-long battle with leukaemia.

The award, which was donated by York House Service Manager, Nicky Plowman, was set up to recognise staff who possess the qualities that made Cate the person the team were proud to work alongside.

Nicky explains more about Cate’s legacy, and the award they have set up in her memory: “The Cup is on display in our main reception and has been welcomed by staff and family as a fantastic tribute to Cate, who sadly passed away in May 2016 after a year-long battle with acute myeloid leukaemia.

“Cate had worked at York House for 13 years, initially as a Bank Nurse, rising to Deputy Manager. She was the safeguarding lead, family liaison lead and among her many talents presented the safeguarding and the brain injury training. She was service user focused and provided support to staff and families.”

The winner was Nick Fensome, an RSW, who works at The Dales ward, and was nominated by colleagues for his dedication to the service users and supporting others.

York House provides specialist neurobehavioural support and acts as a post-acute rehabilitation hospital for those people who have had a non-progressive brain injury. It forms part of the nationwide network of specialist rehabilitation centres provided by the Brain Injury Rehabilitation Trust (BIRT).

Do you want to make a difference to people’s lives? Do you have the skills and motivation to work for our excellent team? Take a look at our vacancies for Staff Nurses and Rehabilitation Support Workers at York House. 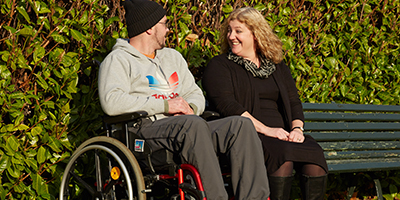